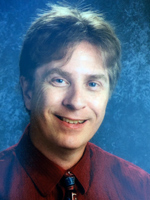 The program is designed to honor outstanding high school broadcast advisers and their exemplary work from the previous year, as well as throughout their careers. Title sponsor for the award is the Roy H. Park School of Communications at Ithaca College.

Zigler, who has spent the last 13 years developing a radio broadcast program at his high school, has significantly impacted the scope of broadcast for his district and surrounding areas.

His foray into teaching broadcast began when he was given the opportunity to start a radio broadcast program in 2004. With limited supplies and only a few students, he worked to transform the opportunities for students at Rockwood Summit.

“Along with growing and developing our radio station at Summit after not being satisfied with having an online-only station, Mr. Zigler has increased enrollment in his programs,” Assistant Principal Thomas Potteiger said. “I believe this is because of the opportunities and the structures that have been put into place in the programs by Mr. Zigler.” As the program grew, Zigler obtained a low-power FM radio license, and he and the students established KFTN 92.7 FM. As part of the program, students have been able to interview actors, authors and politicians, broadcast to 17 other states, and produce 36 hours of local programming every week.

“[Zigler’s] work with the outstanding publications at Summit High School would be enough to set him apart in the journalism field,” said Mike Stewart, executive producer of Big Deal Productions. “But his passion for radio has led him to new innovations in his profession. He’s gone above and beyond to create a superb learning environment that could only be possible in just a few high schools nationwide.” 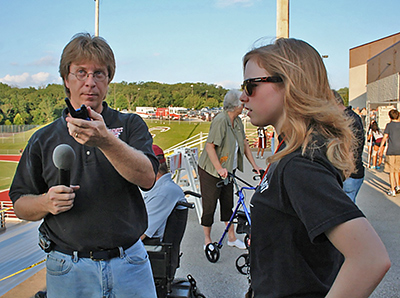 What Zigler has helped his students create is gaining ground outside his community. To enhance the program even more, Rockwood Summit radio programs will partner with Southern Illinois University to align students’ education to better learn the tools of the trade and prepare them for careers in the industry.

“Our students get excited about these opportunities and the authentic assessments that go along with them,” Potteiger said. “Students take leadership roles that truly shape their courses and outcomes. I can attest that student roles are not merely symbolic or for resumes. Students get real experiences in leading and forming their work.”