Learn more / Register
Check out the program for the 2020 JEA Advisers Institute. 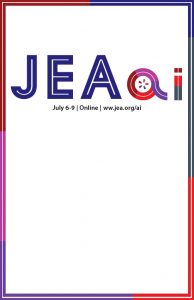 Shari Adwers, MJE, teaches at Loudoun Valley H.S. in Virginia. She advises the Viking newsmagazine. Her students have won top state and national awards. Adwers is the former president of the Michigan Interscholastic Press Association and a JEA educational initiatives director. With a focus on mentoring young journalists, she embraces challenges, emphasizes student leadership and maximizes talent.

Megan Fromm, Ph.D., MJE, is a former journalist and university professor who recently transitioned back to teaching high school journalism. She now teaches journalism at Grand Junction H.S. and advises the Orange & Black student newspaper. She currently serves as a coordinator for the JEA Curriculum Initiative after serving two terms on the JEA board of directors.

Val Kibler, MJE, advises newspaper, website and yearbook at Harrisonburg (Virginia) H.S. She has been teaching for 32 years, serves as JEA vice president and was the Dow Jones News Fund 2010 Journalism Teacher of the Year. She also was the local chair for the 2009 and 2014 JEA/NSPA conventions in Washington, D.C. and is an active JEA mentor.

R.J. Morgan, CJE, is the director of the Mississippi Scholastic Press Association and an instructor in the School of Journalism and New Media at the University of Mississippi (Ole Miss). He is the former high school newspaper, yearbook and broadcast adviser, as well as a freelance professional journalist.

Mark Murray serves as the executive director for the Association of Texas Photography Instructors. He works with a lot of other organizations, including CSPA, JEA, NSPA, SIPA and TAJE.

Sarah Nichols, MJE, advises student media at Whitney H.S. in Rocklin, California, where her students have been recognized with top national and state honors. Nichols is JEA’s president and a member of the Scholastic Press Rights and Digital Media committees as well as an active JEA mentor. A former National Yearbook Adviser of the Year, she has been honored with JEA’s Carl Towley Award and Medal of Merit and NSPA’s Pioneer Award.

Julia Satterthwaite, MJE, advises El Estoque and elestoque.org at Monta Vista H.S. in Cupertino, California. Her students have earned top national and state honors. Satterthwaite served one term on the JEA board as a director at large, and serves the JEANC board as digital media chair. She is also an active JEA mentor. She enjoys developing collaborative opportunities, sharing resources and advocating for journalism advisers and their students.

Teresa Scribner, CJE, is an award-winning media teacher at Cleveland STEM H.S. in Seattle. Scribner oversees Eagle News Network, which houses the school’s yearbook, newspaper, news broadcast and website. Scribner is Washington state’s 2016 Journalism Adviser of the Year, a DJNF Special Recognition Adviser and a JEA Rising Star. Before becoming a teacher, Scribner worked as a visual journalist for The Seattle Times.

Bradley Wilson, Ph.D., MJE, is an associate professor at Midwestern State University in Texas. He received his doctoral degree in public administration with research work in media agenda-setting and local governments. Wilson is the editor of the national magazine, Communication: Journalism Education Today, for JEA. He has received the Gold Key from CSPA, the Pioneer Award from NSPA, and JEA’s Carl Towley Award.

This is a placeholder for the ad. Be sure to keep this at the very bottom of your content. ~kld