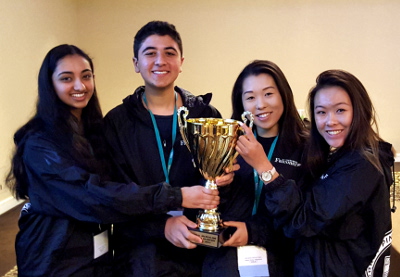 Students on the winning team represented the Falconer, Torrey Pines’ student newspaper, and each brought their expertise to the competition. Yu and Chen are co-editors-in-chief, Hallal is copy editor and Soordelu is entertainment editor. Mia Boardman Smith advises the newspaper, yearbook and literary magazine.

Torrey Pines also fielded a championship team that took home the JEA Quiz Bowl trophy last spring in Los Angeles. Chen was a member of that team, and her experience helped this year’s team cement the school’s second win.

“(My advice is) to have fun, and don’t stress about it. I also suggest studying the font stuff and broadcast. Wait until the question is done,” Yu said.

To determine the initial seeding of the 16 registered teams, teams of four students took a test April 7. The next day, the top 15 qualifying teams met for four rapid-fire buzzer rounds, answering current events, journalism law and terminology, and civics questions. The first team to 10 correct answers won each round. 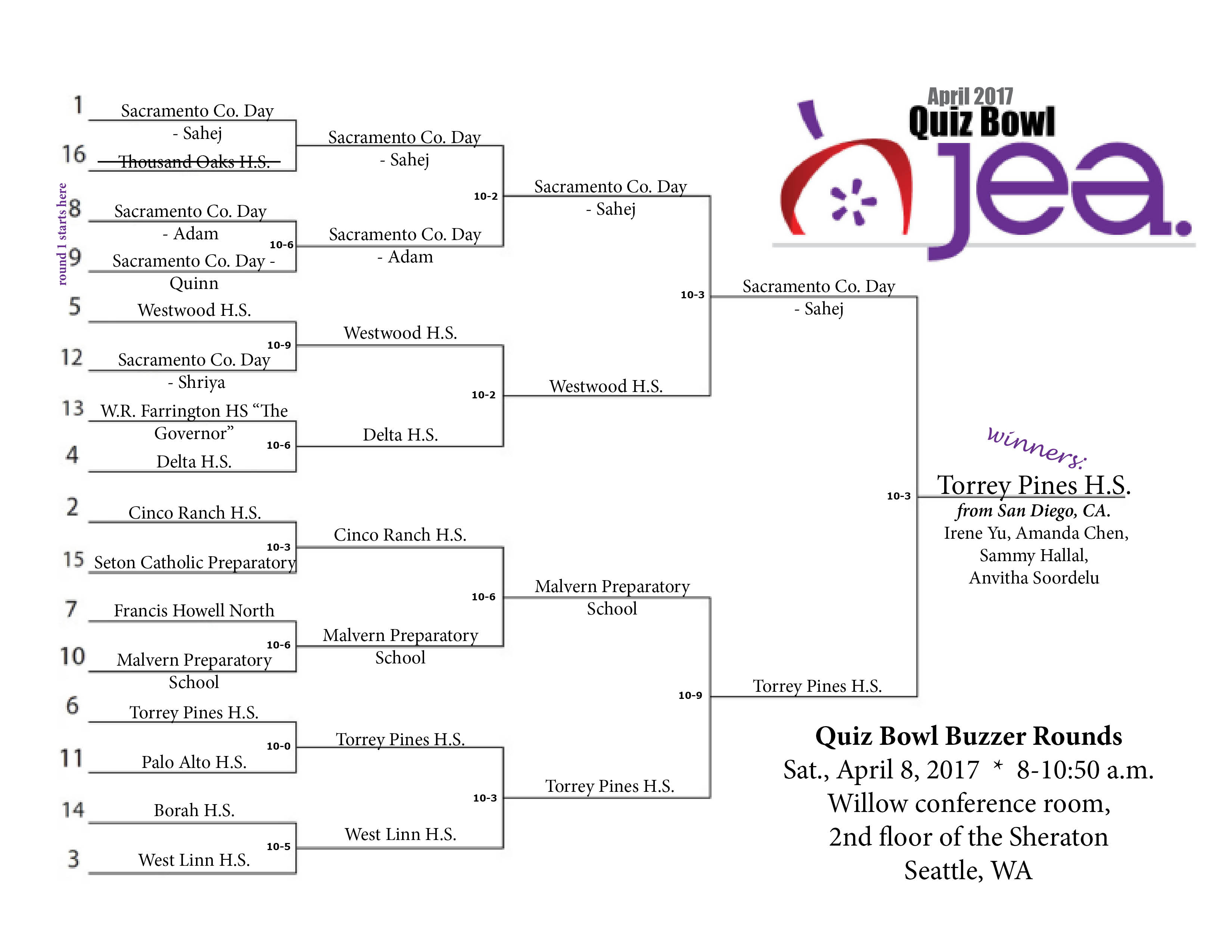 Both rounds one and two began with competitors from the same school, as Sacramento (California) Country Day School adviser Patricia Fels fielded four teams for this game. Fels is the adviser of both the print and online editions of the SCDS student newspaper, The Octagon.

One of her teams, making it all the way to the No. 2 spot, included Octagon staff senior Marigot Fackenthal, juniors Sahej Claire and Katia Dahmani, and sophomore Blake Lincoln, a staff member of The Medallion, the student yearbook. This team started the Bowl as the No. 1 seed, beating fellow SCDS competitors 10-6 in round one, and a different SCDS team 10-2 in round two, going on to win 10-3 against Westwood High School from Austin, Texas. In the final round they lost 10-3 to eventual champion Torrey Pines. 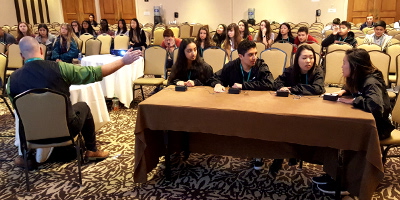 Meanwhile, the Torrey Pines team, the No. 6 seed, dominated the competition in rounds one and two, winning 10-0 against Palo Alto (California) High School and 10-3 against West Linn (Oregon) High School. Round three was a different story, however, as No. 10 seed Malvern (Pennsylvania) Preparatory School gave them a serious challenge.

The two teams were were neck and neck all the way to the end, with Torrey Pines continuing on after a nail-biting 10-9 win. Despite the excitement of that round, Torrey Pines went on to control the final round against Sacramento Country Day School with a final win of 10-3.

“Shout out to Jim Harrah, our A.P. U.S. History teacher and to our beginning journalism class,” Hallal said.