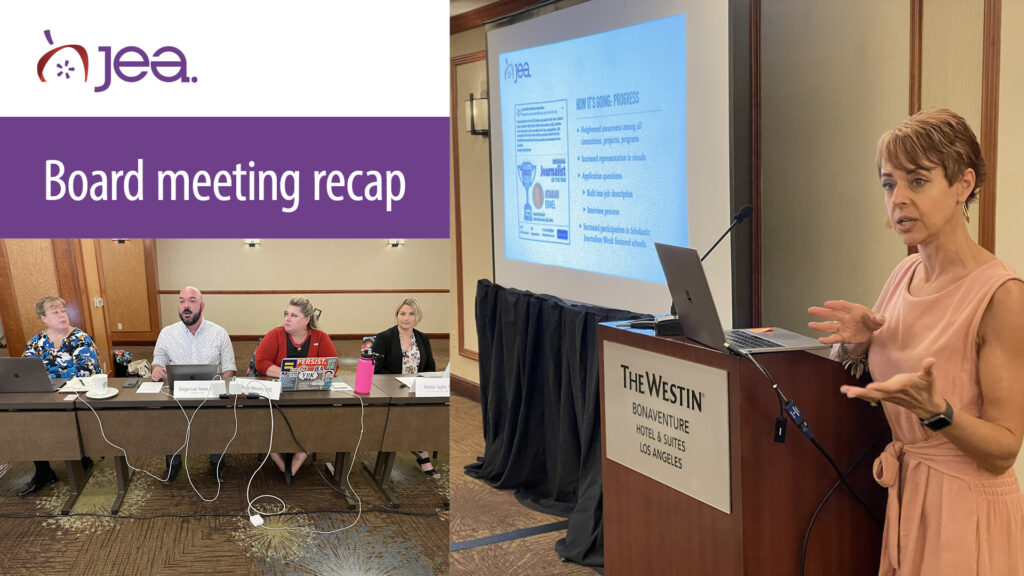 The Journalism Education Association board of directors met April 7 in Los Angeles as part of the Spring JEA/NSPA National High School Journalism Convention.

The board voted 7-0 to approve its 2022-23 budget, which takes effect July 1 and marks a notable shift in expenditures, as the executive director position will be fully funded by the association.

That upcoming change in JEA’s executive director marked a significant aspect of the meeting, from celebrating Glasscock for his leadership with an official commendation and a Hawaiian shirt tribute to introducing new director Veronica Purvis, MSM, CAE.

“It was so nice for everyone to hear from Veronica directly to get a sense of how her experience, skill set and people-focused approach will benefit us moving forward,” Nichols said.

The meeting adjourned at 1:24 p.m. Minutes are available here.