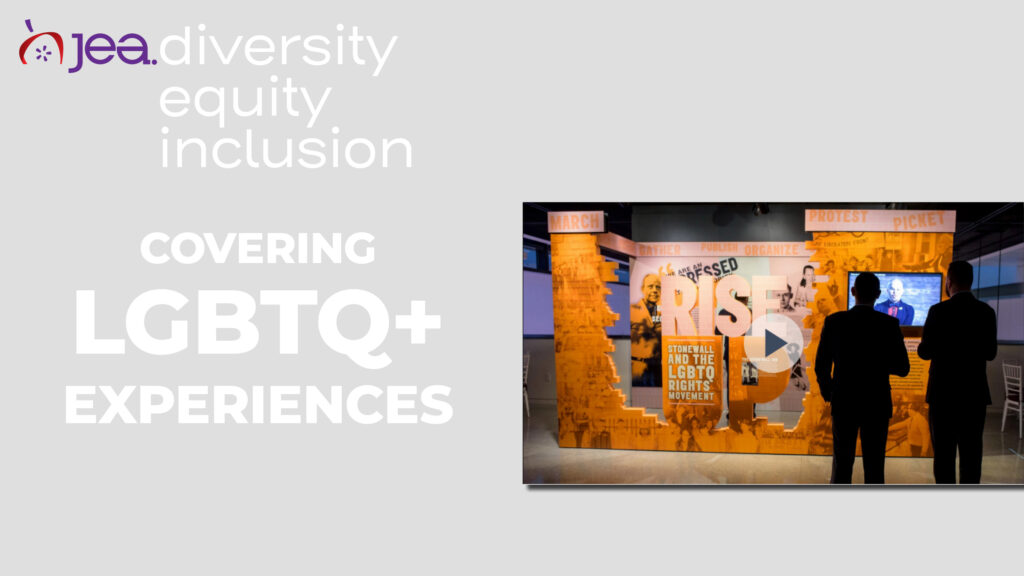 As we think about diversity, equity and inclusion in our journalism classrooms, it is important to remember “diversity” is not just about race and ethnicity — it is about all aspects of our students’ and colleagues’ multifaceted identities. October is LGBT History Month, and November is Transgender Awareness Month, so this is a great time to consider how we cover LGBTQ+ experiences and history.

Let’s start with some of the wonderful student journalism reporting on LGBTQ+ issues. Most of these pieces were featured on Best of SNO, which is a rich source for strong student journalism on every imaginable topic, and two are National Scholastic Press Association Story of the Year finalists.

Consider sharing these standout articles, objective and opinion, with your staff:

For professional and historical context, you may also want to talk with students about the role of professional organizations, such as NLGJA: The Association of LGBTQ Journalists, or learn about the history of LGBTQ+ publications.

If you are looking for an immersive journalism experience and live close to Skokie, Illinois; Memphis, Tennessee, or Dallas, you should also be aware of the Newseum’s powerful traveling exhibit “Rise Up: Stonewall and the LGBTQ Rights Movement.” Anyone lucky enough to see the exhibit in Washington, D.C. before the main Newseum closed can vouch for its incredible power. Here’s a description from the brochure:

“Rise Up: Stonewall and the LGBTQ Rights Movement” explores the June 1969 police raid of the Stonewall Inn in New York’s Greenwich Village as the flashpoint that ignited the modern gay rights movement in the United States. Through powerful artifacts, images and historic print publications, the exhibit explores key moments of gay rights history, including the 1978 assassination of Harvey Milk, one of the country’s first openly gay elected officials; the AIDS crisis; U.S. Rep. Barney Frank’s public coming out in 1987; the efforts for hate crime legislation; the implementation and later repeal of “don’t ask, don’t tell”; and the fight for marriage equality. “Rise Up” also looks at popular culture’s role influencing attitudes about the LGBTQ community through film, television and sports, and explores how the gay rights movement harnessed the power of public protest and demonstration to change laws and shatter stereotypes.

The exhibit moved from Seattle to Skokie, Illinois, in October, where it will be until May 2022. It opens in Memphis, Tennessee, June 2022 and will make a final move to Dallas in January 2023.

As always, we’re looking to amplify voices in our JEA community. If you have something you’d like to add to this discussion — resources, stories, lesson plans — please reach out to ktaylor1164@gmail.com or sergioluisyanes@gmail.com so we can feature them.

This article is part of a series of resources JEA is recommending to advisers in an effort to provide antiracist teaching resources to educators. JEA is committed to diversity, equity and inclusion in its membership and practices. See the official statement here.