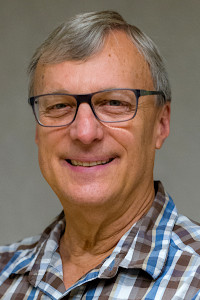 The Journalism Education Association has awarded Bill Flechtner, MJE, of Milwaukie, Oregon, its 2019 Carl Towley Award. Flechtner, who has dedicated nearly five decades to scholastic journalism in a variety of ways, has had a significant impact on advisers in Oregon and across the country.

Throughout his years advising student publications, first in Ione and Clatskanie for 10 years and then in Milwaukie for another 24 years, Flechtner grew in his ability to inspire not only his own students but those around them as they saw the award-winning publications being produced. And when he retired from teaching in the public schools, he moved directly into growing future teachers through his role as an assistant professor of education at Warner Pacific College.

“When Bill retired from high school teaching I remember thinking that it was a sad day for future Milwaukie High School students,” said nominator J.D. McIntire, CJE, of Sandy (Oregon) High School. “However, in a way it was a huge benefit for high school students around the state and even nationally. Bill began unofficially and then, with the JEA Mentoring Program, officially mentoring other teachers around our state and the nation.”

Flechtner’s ability to provide a strong mentor-mentee program stems from his experience working with and supporting his colleagues during his time as an adviser in ways that often went above the normal tactics.

“For a number of years, Bill organized group travel to the JEA/NSPA spring convention, which was an ambitious undertaking, inviting several schools to join together to fly out from Portland,” mentor and retired teacher Ray Hopfer, CJE, said. “My teaching career was tremendously impacted by Bill Flechtner’s influence, and I would guess there are countless more who would echo that sentiment.”

For Lisa Lacy, Flechtner’s dedication to impacting others made the difference in her ability to take over the program when he retired.

“I was not a new adviser, but I was certainly new to the type of program Bill had established, and his guidance was critical as I attempted to step in and keep driving the amazing vehicle he created,” Lacy said. “Bill met me regularly during that first year — at coffee shops, at school, at my home — always with his calm reassurance that everything would be fine and that all things are possible.”

Now as a mentor for JEA, Flechtner’s reach continues to extend and his desire to give back presses on.

Fletchner will be recognized Nov. 23 for his service to scholastic journalism at the JEA/NSPA Fall National High School Journalism Convention in Washington, D.C.