Five individuals who have contributed significantly to the Journalism Education Association and to scholastic journalism throughout their careers will be recognized this fall in Washington, D.C., as Medal of Merit recipients. 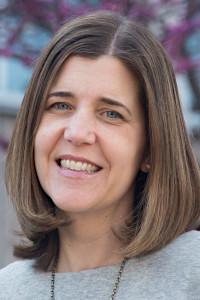 Brenda Field, MJE, has become a powerhouse supporter for scholastic journalism, giving her time to multiple causes over the past few years, to help the state of the programs in Illinois and around the country.

“Brenda succeeded me as Illinois State Director, a position she still has, and continues to serve JEA members in Illinois with a diligence any state director would envy,” nominator Stan Zoller, MJE, said. “Handling state director responsibilities, which include Illinois’ Journalist of the Year competition, seems like second nature for Brenda who not only meticulously coordinates entries, but the judging as well.”

Field’s services extend far beyond the requirements of her role as state director, though. As the New Voices movement began, Field worked alongside Zoller to ensure that scholastic journalists in Illinois received new press rights.

“Where I got to see Brenda as a true scholastic journalism Titan was during the successful quest for HB 5902 — which in July of 2016 became Illinois Public Act 0678, The Speech Rights of Student Journalists Act — Illinois’ New Voices law,” Zoller said. “I saw Brenda’s amazing strategic insights at work, which helped propel the bill through the Illinois legislature. Brenda’s involvement in the pursuit of 99-0678 could serve as a template for other journalism educators fighting for scholastic press rights.” Shortly after Field completed her work on the New Voices act, she said ‘yes’ again to another big position — local committee chair for Chicago’s 2018 JEA/NSPA convention.

“Brenda led her 40-member committee to host the second-largest national convention in JEA history,” Susan Hathway Tantillo, MJE, said. “Her committee included current and retired advisers from Illinois and Indiana, from Chicago suburbs, from those who had never attended a national convention to veterans, from scholastic to collegiate ranks. Brenda has a knack for including everyone who wants to be included.” 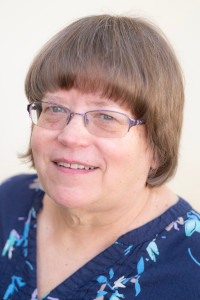 Connie Fulkerson, CJE, began her career with JEA more than three decades ago, and has since become synonymous with the success of this organization. “She emerged from office staffer to take on many responsibilities — editing newsletters, convention materials and C:JET; running and expanding the JEA Bookstore, vetting content, and preparing its catalogue and convention on-site presence; coordinating many aspects of JEA’s awards program; answering adviser questions on the Listserv and in phone calls; and serving as JEA’s administrative assistant,” Carol Lange, CJE, said. Fulkerson has provided a wealth of knowledge through the many transitions of the organization, and she has imparted that knowledge in every way possible.

“Connie brings her expertise to all duties,” Howard Spanogle said. “By giving attention to thousands of details, from the plan to the language, she nudges staff and JEA colleagues to promote potential and to uphold quality, service and integrity.”

For many, Fulkerson has been the behind-the-scenes glue that keeps the momentum moving forward.

“Fulkerson was there when JEA came to K-State in 1988. She, and then executive secretary Dave Adams, developed policies and procedures for the organization. When Adams left on sabbatical the next year, Fulkerson ran the day-to-day operations,” Linda Puntney, MJE, said. “Since then she has mentored the three executive directors who followed Adams and all eight of the presidents she has served.”

Behind everything Fulkerson does is the desire to make everything better.

“On every occasion, Connie has been focused on what’s best for JEA and its members and also on what’s best for the volunteer leaders in our roles learning to serve,” Sarah Nichols, MJE, said. “She makes me a better leader. She helps me help others. She’s quick to respond, always focused on accuracy and attention to detail. She avoids the spotlight and does not seek recognition, but she deserves it.” 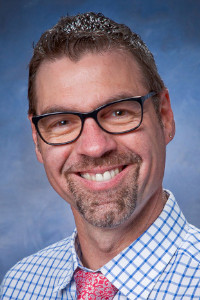 Pete LeBlanc, CJE, had a background in journalism and sports writing, but soon found that attending workshops and conventions would provide him the insight he needed to become a great adviser with an outstanding program. After attending sessions taught by Gary Lundgren, John Cutsinger and Paul Ender at the first JEA/NSPA convention he attended, LeBlanc compared advising to the same experience one would have coaching.

“I still remember Pete’s comments as we travelled home from the convention,” nominator Ray Slye said. “’That really helped me get a better idea of what yearbook is all about. It’s like coaching a sports team to train players in specific plays and best practices. But it’s also very much about team building and camaraderie in order to work together to get the desired results.’”

Now, with that understanding, LeBlanc is helping other advisers and students learn those same things he did 25 years ago.

“Pete has become a legend with my students,” Carrie Faust, MJE, said. “My kids fight over who gets to attend which class during pre-convention workshops on Thursdays in the fall and spring, always asking which workshop Pete is teaching before they make their choice. Over the years, he has taught writing, design and sports reporting.”

Along with teaching convention sessions, pre-convention workshops, summer workshops and state and regional workshops, LeBlanc also provides his services by critiquing for CSPA and NSPA, volunteering on the local committee when JEA comes to California, staffing the critique tables at national conventions and judging Write-offs. “

Pete’s gift is exciting young journalists to be moved by the power of their own minds and empowering young advisers to build thriving, risk-taking programs,” Dan Austin said. “The future of scholastic journalism will be brighter because of his continuing work.” 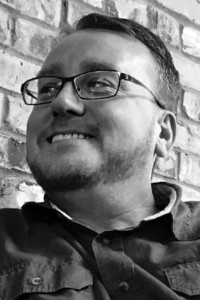 Leland Mallett, CJE, took on a role within the Texas Association for Journalism Educators that would revolutionize what that group has been able to do: webmaster.

“In just a few years, he has turned a bland website filled with old PDFs and broken links to outdated curriculum to a current and vital resource for Texas scholastic journalism programs,” nominator Alyssa Boehringer, CJE, said. “In fact, the term webmaster sounds too piddly compared to what Leland actually does. He curates curriculum resources for our website. He develops ways to make our organization run more efficiently through new submission forms and registration guidelines. He fosters member relationships through articles such as ‘Meet the Member’ postings. He shares ideas regularly through his countless posts on social media, including articles and resources.”

Mallett’s dedication to journalism goes beyond his work for TAJE and into the time gives to mentoring new advisers to teaching workshops around the country. When a new adviser began teaching in a school near Mallett, he was there to support her when she became overwhelmed with the magnitude of the job.

“Leland worked throughout the year to help this adviser, visiting her classroom, sharing curriculum, grading and policy help, and just lending a hand,” Jill Chittum, MJE, said. “Just before the final deadline, the new adviser decided to leave teaching. And leave 130 unfinished pages. When I called Leland to share the news of her leaving, he immediately said, ‘I’ll tell my principal I need to come over and help.’” 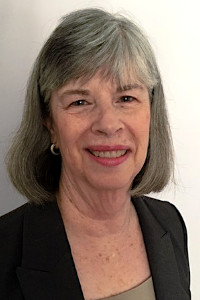 Carmen Wendt, MJE, has had an extensive reach in the scholastic journalism world, acting as a mentor in the JEA Mentoring Program for the past nine years, serving as the Arizona’s state director for 18 years, holding an AIPA board member position multiple times and advising for 27 years.

In her capacity as an AIPA board member, “she directed four state conventions and assisted with many others,” nominator Peggy Gregory, CJE, said. “She not only taught students for five years at the AIPA summer workshop and guided fellow advisers through sessions at the workshop, but she also served as the co-director of the AIPA summer workshop at NAU for eight more years.”

Currently, her focus is on helping new advisers learn the ropes and discover a new love for teaching journalism.

“Her goal is to provide them graspable instruction and help them find their passion for scholastic journalism and ensure that they create sustainable programs,” Melanie Allen said. “She is the kind of mentor that teachers know will challenge them and support them along the way; therefore, they look forward to working with her.”