JEA names California educator its Administrator of the Year

JEA names California educator its Administrator of the Year 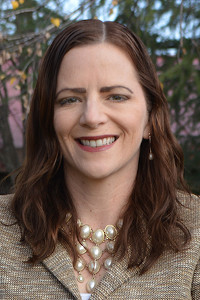 The Journalism Education Association is pleased to announce Dr. Amy Besler of Colfax, California, as its 2019 Administrator of the Year.

Besler, who served as principal at Bear River High School in Grass Valley, California, not only supported the growth of a journalism program at her school but initiated the process after hiring Christina Levinson, a former journalist for the Sacramento (California) Bee.

When Levinson applied for the yearbook adviser role, that was the only journalistic course at the school. Besler immediately raised the expectation for what could be.

“Under the supportive eye of Dr. Besler, I began building a program,” Levinson said. That included finding support in other areas, like obtaining the necessary resources. “To my dismay, Bear River’s journalism program had no resources whatsoever. Although funding was an immediate problem, Dr. Besler swooped in like the cavalry. Through some school-funding magic, she always made sure my program had a viable website, AP stylebooks, reporter’s notebooks, and everything else a fledgling media organization might need.”

As Levinson’s students continued to grow in the program and Bear River rediscovered scholastic journalism, Besler was a strong support system through the ups and downs of learning and navigation of controversial topics.

“Pretty early on, some of my journalism students became very skilled reporters,” Levinson said. “Bear River High School is no stranger to problems. It wasn’t long before my kids were asking very serious questions. We had a teacher who was mysteriously removed from his classroom several times. We had a different teacher convicted of domestic violence. We had allegations of sexism in our athletics program. We had endless debates about gun control and a highly controversial school walkout. For every one of these events, Dr. Besler was always ready to comment. Her genuine trust in me and my program was an incredible gift.” 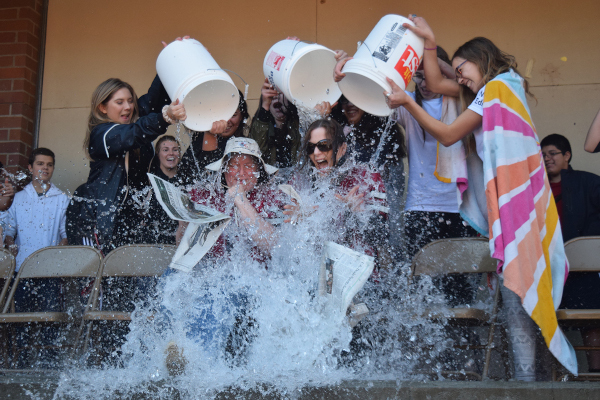 The manner in which Besler has supported and responded to the journalism program stems from her vision on the way she believes the students and teachers should grow.

“At the end of the day, it’s not what she accomplished but who she is and what she stands for,” school counselor Bethany Williams said. Besler led the project that established “the development of our School CORE Values: Empathy, Grit, Intellectual and Creative Curiosity, Community and Integrity.”

Now, Besler is in a district role for the Elk Grove Unified School District, but her impact on the Bear River High School journalism program has continued.

“Three years ago, Dr. Besler believed I could take a random, ragtag group of teenagers and teach them to be real journalists,” Levinson said. “She had the foresight on what was possible and, with her support, I achieved it. Dr. Besler’s legacy with the Bear River High School journalism program lives on through my students.”

Besler will be formally recognized for her impact Nov. 23 at the National High School Journalism Convention in Washington, D.C.