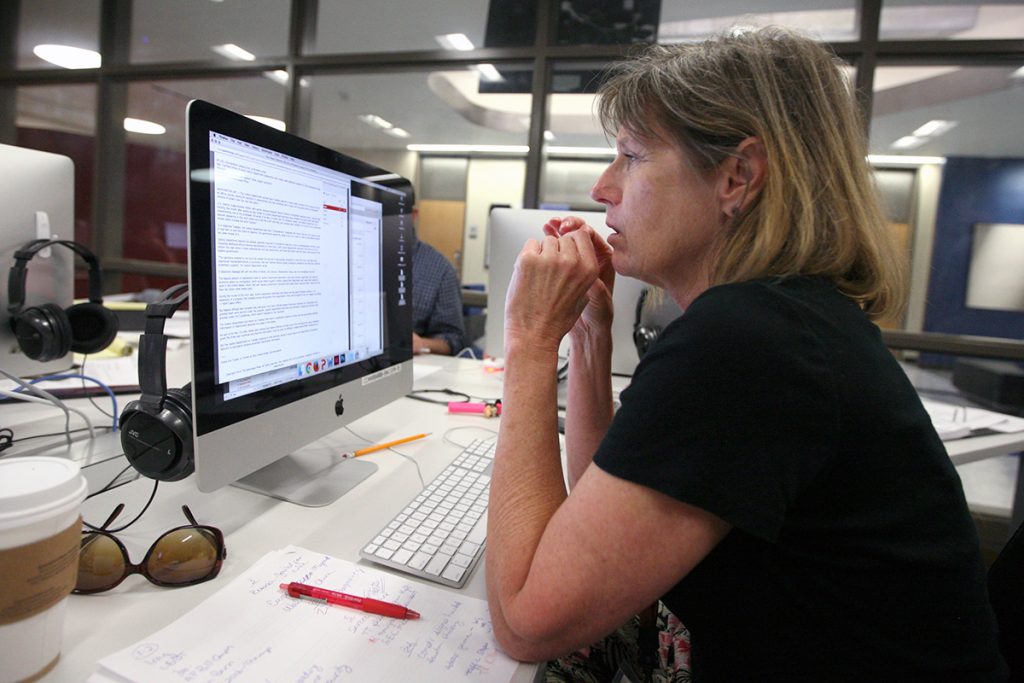 “The change brought on by the retirement of long-time assistants Howard Spanogle and Connie Fulkerson opened a new door to bring in someone new, at least new to the JEA leadership ranks,” Bradley Wilson, editor of C:JET since 1997, said.

Beth is not new to editing or education. She co-directs (with Wilson) the Dow Jones News Fund Center for Editing Excellence, a training program for college interns at the University of Texas at Austin, the school from which she also received her master’s degree.

Every summer, Beth starts the 10-day training program off by reminding students that their relationships with their co-workers will ultimately be more important than whether they catch the next spelling error. She talks about how to get along with supervisors as well as those work for you. She reminds us all of the importance of listening. “What they hear is more important than what you say,” she tells the interns.

Now, she works as an assistant professor and adjunct professor at Kent State University in North Canton, Ohio. She has taught Copy Editing, Media Writing, Newswriting, Principles of Advertising, Principles of Public Relations, Introduction to Mass Communication and Media Power and Culture. She also does a lot of work as a freelance editor.

Beth will be taking over for Howard Spanogle, long-time assistant editor for the magazine who decided to retire after working on 77 issues over 21 years having edited 652 story packages and 3,148 pages.

“Howard is one of the foundations of scholastic media,” Wilson said. “Scholastic media would not be where it is today without Howard. Neither would JEA’s magazine, a magazine that continues to serve more than 3,000 members with cutting edge information.”

In addition, Connie Fulkerson announced her retirement effective in September of 2020. Connie is the institutional knowledge behind JEA and her attention to detail continues to make JEA’s magazine clean and professional.

“Connie is ever vigilant at making sure that certifications were right and advisers were at the right schools when quoted (a challenge given the turnover in the profession),” Wilson said. “She always pushed us to think about how the JEA members would perceive things.”