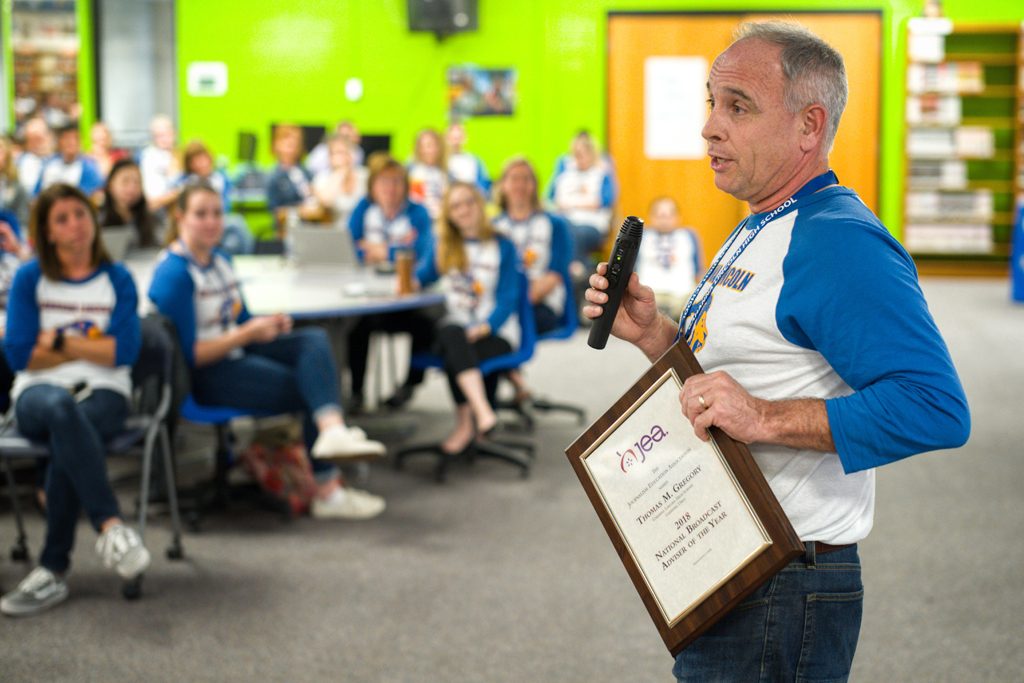 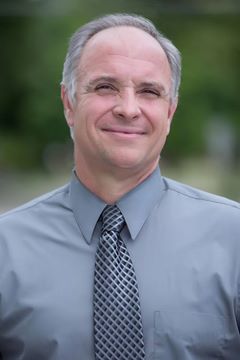 The Journalism Education Association has awarded Thomas Gregory, CJE, Gahanna Lincoln High School (Gahanna, Ohio), the National Broadcast Adviser of the Year. Gregory, who has been teaching broadcast for the past 30 years, understands the impact tradition and high expectations can have on his students.

The Journalism Education Association has named Thomas Gregory, MJE, Gahanna (Ohio) Lincoln High School, the National Broadcast Adviser of the Year. Gregory, who has been teaching broadcast for the past 30 years, understands the impact tradition and high expectations can have on his students.

“Because we have been around for over 30 years and have a strong, well-established reputation with the administration, we have never been asked to follow prior review,” Gregory said. “They let us make our own decisions.”

And those decisions span an extensive amount of content. As part of the program, students will put together a weekly show, they will produce an “evergreen” story that can air at any time of the year, they create public service announcements, and they are often hired to produce content for other programs, such as sports teams.

“I try and have the class function as much like an actual working TV staff as possible. The class leaders and I always get together before we start to talk about some ways that we hope we can improve what we do each season,” he said. “We also may come up with some new ideas of things that we want to try and cover, or some community service events that we may want to be a part of this year.”

Gregory’s broadcast staffs have regularly found a way to give back to the community in those service opportunities.

“This is the tenth year we will raise money to sponsor an Honor Flight,” Gregory said. “This organization flies WWII, Korean, and Vietnam Veterans to Washington, D.C., for the day to see their memorial. Every year, we raise between $10,000 and 20,000 to sponsor a single flight and collect hundreds of letters that are given to the veterans on their flight back home from the trip.”

“I also have students who go on the trip to act as guardians to help the veterans around,” he said. “The student guardians videotape the event and we copy the film and send a DVD of the trip to each veteran later.”

These experiences, alongside running a top-notch broadcast program, helped shape the students Gregory has advised over the last 30 years.

“During Mr. Gregory’s program, I was able to report on the Marines of the Lima Company,” former student Jason Parks said. “This footage was picked up by A&E and aired throughout the country on national television.”

It is this kind of opportunity that continues to fuel Gregory’s passion for teaching and his drive to help students see their potential for their future.
“By far the greatest feeling is when I have former students tell me how important the experiences they had in TV class were, and how much the class helped shape their lives, whether they went into a career in journalism or not,” Gregory said. “When students come back and tell me what they learned in my TV class was significant to what they’ve achieved in their careers, it means a lot.”
Founded in 1924, JEA supports free and responsible scholastic journalism by providing resources and educational opportunities, by promoting professionalism, by encouraging and rewarding student excellence and teacher achievement, and by fostering an atmosphere which encompasses diversity yet builds unity. It is headquartered at Kansas State University, Manhattan, Kansas.