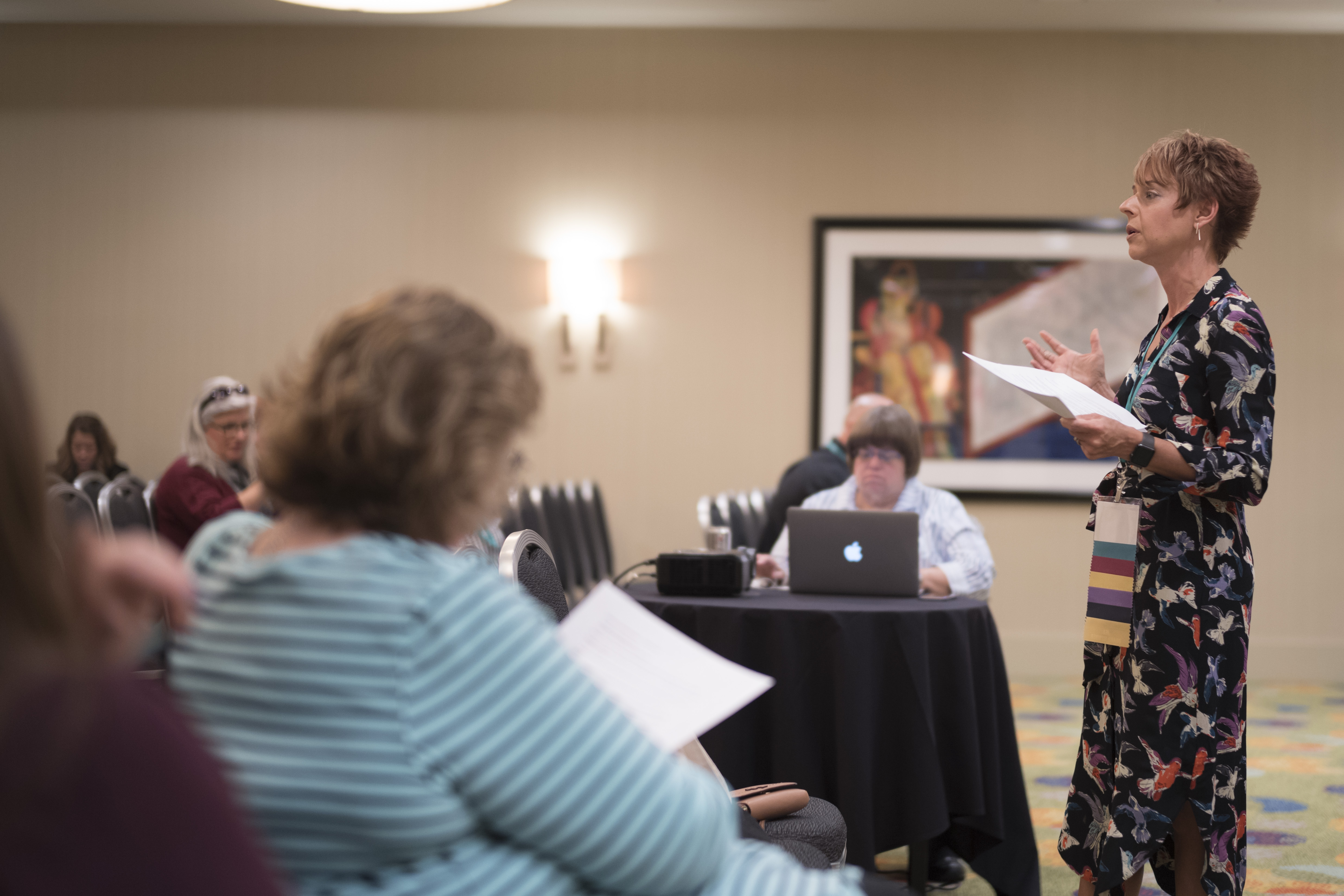 The general membership meeting of the Journalism Education Association was held Friday, April 13, 2018, in Foothill C, Second Level at the Marriott Marquis hotel in San Francisco. It began at 8 a.m. and was presided over by Sarah Nichols with Connie Fulkerson as secretary.

Motion: A motion to approve the minutes of the 2017 Dallas general membership meeting was made by Karl Grubaugh and seconded Megan Fromm. (passed unanimously)

Commendations
The following individuals or groups were commended by board members or committee chairs:

The board passed the FY 2018-19 budget. Several line items were adjusted to add to development of the Write-off contest system.
Highlights of the new budget: A New Voices workshop, certification exams for CTE at convention, New York Times digital subscriptions for members, an expanded JEA/NSPA Partner Project, Participate for virtual training, budget for instructional videotaping, and increased money for state directors coming to two conventions.
Progress toward board goals and a new membership initiative was discussed in the board Power Hour.

B. Conventions
Kelly Glasscock reported that San Francisco registration before walk-ins was 4,451. This was higher than the 4,100 initially projected.

Brenda Field, chair of the Chicago local committee, said things are progressing for the fall convention and invited people to attend Nov. 1-4.

C. Financial reports
Kelly Glasscock reported that the net revenue on JEA’s profit and loss statement was -$32,970.47 as of March 7, 2018. This did not include the income from the San Francisco convention.

There was no new business introduced by members.

Lori Keekley moved and Erin Coggins seconded to adjourn the meeting. Sarah Nichols adjourned the meeting at 8:46 a.m.
____
The next meeting of the general membership of the Journalism Education Association will be 8 a.m. Nov. 2, 2018, at the Hyatt Regency in Chicago.