The Journalism Education Association will recognize 12 individuals who have contributed significantly to scholastic journalism throughout their career. These Lifetime Achievement Award recipients will be honored April 13 at the JEA/NSPA Spring National High School Journalism Convention in San Francisco. 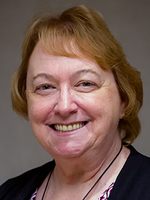 Jane Blystone, MJE, North East, Pennsylvania, began advising newspaper 44 years ago in Indianapolis, where she fell in love with scholastic journalism. After moving to northwestern Pennsylvania, Blystone added yearbook and literary magazine advising into her work. Her work extends far beyond the classroom, though, as she become a strong advocate for scholastic journalism, serving as the PSPA state director, JEA/NSPA convention chair (Philadelphia), and JEA Northeast regional director. She has also found time to serve on multiple JEA commissions. “Jane’s advocacy for student journalism extends well beyond Pennsylvania state lines,” nominator Susan Gregory said. “Though she is busy with the work of championing student journalism, she is never too busy to meet with an individual adviser over lunch or dinner to discuss that one adviser’s problems and to offer tangible support.” 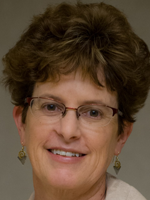 Candace Brandt, Charlotte, North Carolina, made the career switch from professional broadcasting to teaching later in life, but immediately began advising publications. For 14 years, she dedicated her time to scholastic journalism, serving the North Carolina Scholastic Media Advisers Association in various roles. She has been a staunch believer in creating opportunities for student journalists during this time, and now dedicates her time in retirement as a JEA mentor. “Candace has been a strong advocate for freedom of the press and First Amendment rights for student journalists,” nominator Marva Hutchinson said. “She has made significant contributions to high school journalism in North Carolina.” 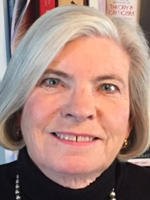 Gloria “Lori” Eastman, Denver, served as a high school teacher for 26 years, training and encouraging scholastic journalists in both newspaper and yearbook. After leaving the high school classroom, Eastman became a college professor, where she would also recruit promising journalism educators. Beyond the classroom, Eastman volunteered her time serving on committees for the Colorado High School Press Association and the local JEA convention. “Those that know Lori get to know her humor, her commitment, her passion — she’s inspiring, talented and ferociously loving,” nominator Kristi Rathbun said. “She’s spend a lifetime influencing student media.” 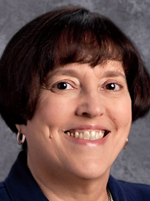 Brenda Gorsuch, MJE, Mills River, North Carolina, has dedicated 35 years to the classroom, developing award-winning journalism programs. During that time, she has also committed herself to sharing everything she knows with other media advisers and scholastic journalism students. Gorsuch has served on the JEA board of directors, taught at the North Carolina Scholastic Media Institute, presented sessions at numerous conventions, and worked to align journalism standards to the Common Core. “Brenda Gorsuch always approached her scholastic journalism work as a devoted, gifted educator engaged in public service,” nominator Monica Hill said. “We remain grateful to Brenda for championing the efforts.” 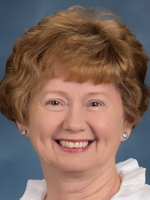 Trudy Hurd, CJE, Flora, Illinois, advised yearbook at Cisne High School in rural Illinois for 20 years, providing the many students she worked with the chance to bring attention and recognition to their school and community. After earning her CJE, Hurd became outspoken about those benefits so as to encourage others to understand the impact that can have on advisers and their teaching. Now in retirement, Hurd still volunteers her time serving on the Illinois JEA Board of Directors and the local committee for the fall JEA/NSPA Chicago convention. Hurd is “the kind of adviser who lifts up her students, her school, her community and her fellow advisers,” nominator Sally Renaud said. “Trudy is a gem.” 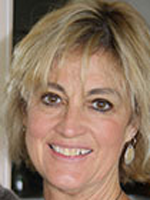 Mary Inglis, Palm Beach Gardens, Florida, began advising yearbook in 1979 and has continued to serve scholastic journalism ever since. During this time, Inglis has served on the board for the Southern Interscholastic Press Association, discovering her passion for the Endowment Fund. “She has organized workshops and conventions, led sessions on a variety of topics, raised money for scholarships and other programs, mentored numerous new advisers and ensured that generations of students have enjoyed the benefits of Wellington High School’s journalism programs,” nominator Christie Gold said. “People like Mary are the unsung heroes of any organization.” 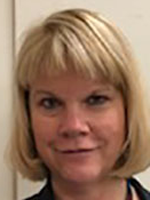 Janet Levin, Wheeling, Illinois, has dedicated 37 years to teaching and advising scholastic journalism. She is passionate about providing her students and the other students and advisers in Illinois with the insight, support, and knowledge that will remain with them for years. Levin has served on the board for the Northern Illinois School Press Association, as JEA local Write-off chair and on-site critique chair, and as a presenter at more than 20 national conventions. “Janet’s inspiration throughout her career goes far beyond her classroom, as she was always looking for opportunities to share her knowledge and expertise with as many students and advisers as she could,” nominator Jason Block said. “She takes the time to create thoughtful and insightful lessons, and her charisma and passion are evident the moment the students walk into her room.” 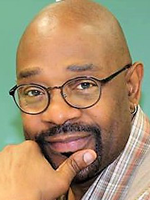 Rodney Lowe, Michigan City, Indiana, has been influencing students through scholastic journalism for 36 years. During this time, Lowe has been able to instruct hundreds of students who were part of the staff of The Evanstonian student newspaper. “I know from conversations with other Evanstonian alums and their parents that what Mr. Lowe did for my children he did for hundreds of students over his many decades as a journalism teacher and the Evanstonian adviser: he helped them become the best they could be,” nominator Jonathan Baum said. “Rodney Lowe is a man of courage with an unsurpassed dedication to journalistic integrity and the role of a free press in our democracy, and he passes this on to all of his students.” 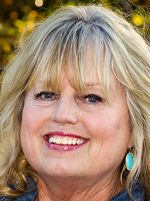 Wayna Polk, MJE, Carbon, Texas, has dedicated her teaching and advising career to help students and advisers throughout the U.S. As a teacher and adviser in Texas, she established herself as a committed adviser, growing the yearbook and newspaper programs at Abilene High School. Polk also has spent many years volunteering her time as the JEA Journalist of the Year Committee chair, the JEA South Central regional director, a Write-off judge, and a convention speaker. Now in retirement, Polk’s presence is still noticed in her advice and contributions on the JEA Listserv. “Her persistence and never-give-up attitude in the pursuit of excellence both in journalism and life exemplifies all the qualities journalism advisers wish they had,” nominator Lisa Van Etta said. “More than just teaching went on in Wayna’s classroom; she blazed a trail for scholastic journalism through her students.” 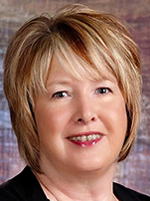 Janelle Schultz, CJE, Scottsbluff, Nebraska, has made many contributions not just to the journalism programs she has advised, but also to strengthening the Nebraska High School Press Association. During her time on the NHSPA board, Schultz has served as president, treasurer, contest coordinator and unofficial mentor. “It will be a huge loss to let Janelle ‘retire’ because she has more life in her than many of us with half her time in the classroom,” nominator Marsha Kalkowski said. “Janelle has contributed a lifetime of energy and enthusiasm to scholastic journalism in Nebraska.” 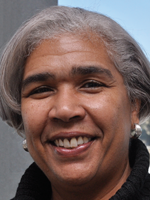 Vanessa Shelton, Elsberry, Missouri, has been a consistent and steadfast supporter of students’ First Amendment rights through her work as the executive director of the Iowa High School Press Association and the executive director of Quill and Scroll. When student publications in Iowa were met with opposition and potential censorship, Shelton was regularly the person there to provide insight and legal clarification for the schools and community. She was also willing to lead changes in contests offered through Quill and Scroll to bring a contemporary lens to what students are creating. “Another of Vanessa’s best traits is reaching out to people who may need help and bringing people together to help one another,” nominator Leslie Shipp said. 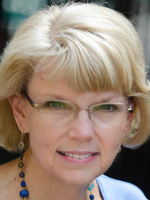 Cindy Todd, Austin, Texas, spent 25 years inspiring student journalists to take ownership of their work by empowering them to see their individual and collective abilities. Outside of her classroom, Todd has volunteered her time, serving as the president for the Texas Association of Journalism Educators, a regular presenter for state and national conventions, a judge for numerous contests, a mentor to other advisers, and a consultant on the Jostens Yeartech Advisory Board. Now in retirement, Todd is serving as the executive director for the TAJE. “I keep telling her she needs to cut back and give herself a break, but for her, this is a calling,” nominator Deanne Brown said. “She believes in offering these kids an opportunity to grow that they wouldn’t ordinarily have, and she is determined to help them in any way she can.”