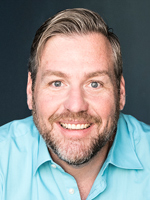 The Journalism Education Association has selected Brian Kennedy of Prosper (Texas) High School as its Broadcast Adviser of the Year. He will be recognized Nov. 18 at the JEA/NSPA National High School Journalism Convention in Dallas. The National High School Broadcast Adviser of the Year program is designed to honor outstanding high school advisers and their exemplary work from the previous year, as well as throughout their careers. Title sponsor for the award is the Roy H. Park School of Communications at Ithaca College.

As part of the honor, Prosper High School will receive $500, which may be used to buy equipment for the broadcast classroom or to fund student scholarships to summer workshops. Kennedy also will receive a $1,000 personal prize.

For the past 21 years, Kennedy has had his hand in building broadcast programs around Texas.

Although he wasn’t always a journalism instructor, his experience as a young journalist going through middle and high school and his discovery of investigative reporting while in college helped lead him to take on the creation of a daily broadcast program.

The work that Kennedy’s students are producing is something that he will continue to fight for and support in order to give his students the best experiences they can have. At Prosper, students learn to produce live sets because of the opportunities that situation presents.

“At any given moment, anything can go wrong,” Kennedy said. “It’s a lot of pressure for anyone, let alone teenagers in high school. However, each day I am amazed at the poise and professionalism of our students as they take pride and ownership in their work and encourage each other to strive for perfection. The learning experience of a live broadcast cannot compare to anything else.” 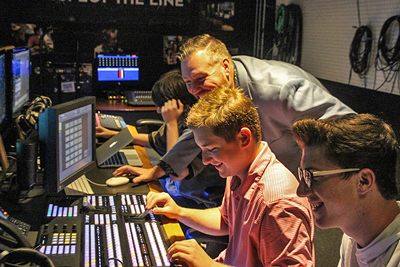 Helping his students produce good journalism is the cornerstone of his program. He recognizes the importance of teaching all 21st-century skills, empowering students to make decisions, and connecting them to professionals in the industry. And clearly, Prosper High School values what they do.

“No student ever attempts to talk while the live show airs, and every class is required to watch,” co-worker Lori Oglesbee, MJE, said. “If I’m even seconds late to project the show on the screen, my students become anxious that they might miss something. They love the show.”

While the students produce the content and the shows, Kennedy’s passion for inspiring kids to do their best is what makes excellence happen.

“Our job is to make a difference despite the long hours, the conflicts, the failed technology, the missed deadline, the forfeited contest,” he said. “If I ever have a day where it becomes hard to remember why I do it, I … take a deep breath and keep moving forward.”