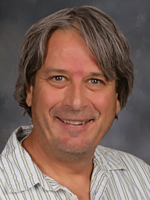 The Journalism Education Association has selected Mark Newton, MJE, of Mountain Vista High School, Highlands Ranch, Colorado, as recipient of its top honor, the Carl Towley Award. He will receive the award Nov. 18 at the JEA/NSPA National High School Journalism Convention in Dallas.

JEA’s highest tribute to a member is given in honor of Carl Towley, its first executive secretary, who served 1955-1959. The National Association of Journalism Directors, as JEA was originally known, grew under his leadership.

Newton, who has been an active scholastic journalism leader, most recently served two terms as JEA president (May 2010 to May 2017) and led the organization through significant changes, including board restructuring, overseeing an executive director search, and developing new initiatives and partnerships.

“[Mark] knew what he wanted to make possible for JEA, and he put every piece in place to make it successful, from crafting a plan to selecting the people best suited to bring it to fruition,” said JEA President Sarah Nichols, MJE, of Whitney High School, Rocklin, California. “Mark led by example, always doing what was best for JEA while creating opportunities for new leaders to gain experience and make their mark.”

Those who have worked with Newton on a smaller scale know the passion he brings to the table and his vision for what could be. Former JEA Executive Director Kelly Furnas, MJE, now at Elon (North Carolina) University, often saw this trait when the two of them met to discuss the needs of scholastic journalism and scholastic journalism educators.

“And so we start on a napkin, and then move to an iPad, and soon we both have our laptops and are diagramming the beginning of the JEA Curriculum Initiative that would become one of the organization’s strongest achievements in the past decade,” Furnas said of a meeting the two had in October 2012.

While serving on the JEA board from 2005-2017, Newton chaired the Certification Commission, established the Curriculum Initiative, strengthened the outreach between JEA and professional organizations, led the transition between executive directors, and much more.

Newton advises media at Mountain Vista High School in Highlands Ranch, Colorado, where he brings new ideas and approaches to his students as they generate award-winning media.

“For Mark, teaching journalism is the most holy, soul-filling, love-giving, life-altering, citizen-building thing a person can do,” wrote Megan Fromm, MJE, one of Newton’s former students, now JEA’s Educational Initiatives director. “And he does it with every ounce of his being, preaching the gospel everywhere he goes and never backing down. And because of his persistence, people are listening.”

Jack Kennedy, MJE and a JEA past president, agreed. “Mark is not afraid to try new approaches, in his own advising and in his many years of JEA leadership. He takes on the challenges, studies all the options, asks questions of everyone, and then makes clear, decisive decisions. He embodies the Towley award ethos.”