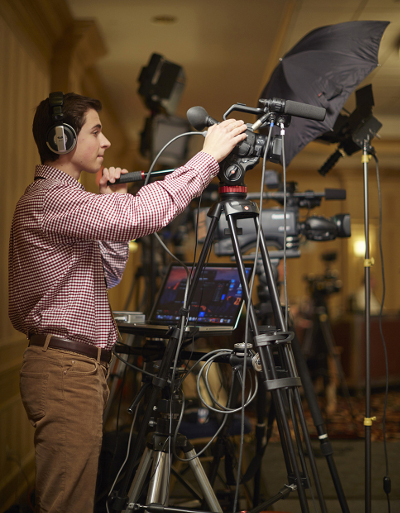 In the fall of 2016, heated contract talks stretched on for weeks between the Burlington (Vermont) Board of Education and the teachers union. By mid-October a teacher strike was imminent.

The “go to” person for updates on the contentious negotiations was student journalist and reporter for the Burlington High School Register, Alexandre Silberman. In the absence of local media coverage, Silberman provided balanced, accurate and consistent coverage of the negotiations. He live-streamed meetings, dispelled rumors and provided Facebook updates. Professional news organizations, including Vermont Public Radio, cited his reporting.

In announcing the 2017 winner of the Journalism Education Association’s Student Journalist Impact Award, the association praised Silberman’s reporting. “This student journalist clearly demonstrated the power of the student press and the impact it can have,” said Kenson Siver, chair of the Impact Award panel. “His coverage was thoroughly researched, well written and tapped into local resources.”

Impact Award panelist John Bowen further noted, “(Silberman) put an immense amount of time and work into his reporting, including reviewing the school board’s contract with the teachers union, the school district budget and board of education expenditures for contract negotiations.”

Silberman and the Register student newspaper are the 19th recipients of this award. The JEA Student Journalist Impact Award was created in 1993 as a collaborative endeavor by the Journalism Education Association and the Kalos Kagathos Foundation to recognize a secondary school student or team of students who, through the study and practice of journalism, have made a significant difference in their own lives, the lives of others, the school they attend and/or the community in which they reside.

The Impact Award recognizes student writing that brings issues to the forefront and from the walls of the high school to the world at large. The award was presented April 9 at the JEA/NSPA Spring National High School Journalism Convention in Seattle.