JEA names Boehringer as National Broadcast Adviser of the Year

JEA names Boehringer as National Broadcast Adviser of the Year

The Journalism Education Association announced today that Alyssa Boehringer of McKinney (Texas) High School is the 2017 National Broadcast Adviser of the Year. The award is designed to honor outstanding high school advisers and their exemplary work from the previous year, as well as throughout their careers.

The award, sponsored by Roy H. Park School of Communications at Ithaca College in New York, was presented at a staff luncheon by last year’s recipient, Michelle Turner of Washington (Missouri) High School and JEA representative Mark Murray of Arlington (Texas) Independent School District. Boehringer is the fourth person to receive this honor.

She will receive a $1,000 personal prize and $500 for her school’s broadcast program.

Boehringer has been advising at McKinney for 12 years, where she has established a reputation as among the top instructors in the state. She worked her way through the University of Texas working for Bobby Hawthorne and Jeanne Acton at the Interscholastic League Press Conference. 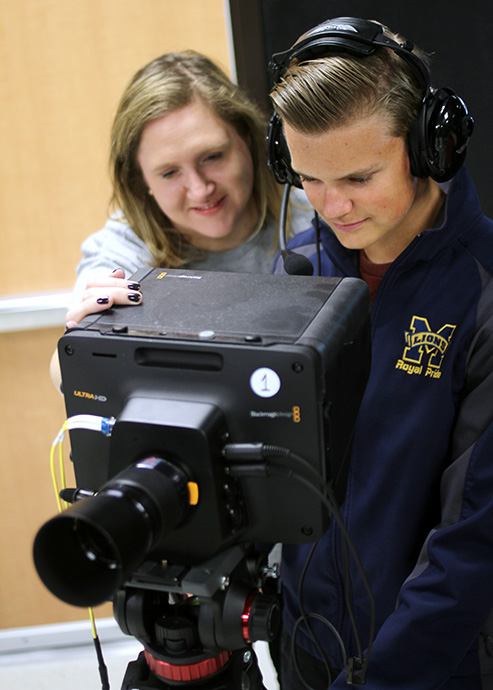 “As a presenter and instructor, Alyssa motivates and teaches students and advisers alike how to push themselves to create relevant and brilliant journalism for their school and community,” Acton said. “She is one of the most sought-out instructors for conventions and workshops, and I am proud to boast that she has been on my summer workshop faculty for 12 years.”

Boehringer’s students have been consistent award winners at the state and national levels. She has been named a Texas Association of Journalism Educators Trailblazer. She was named a Distinguished Adviser in JEA’s first broadcast adviser of the year class announced in 2014.

The formal presentation will be made April 8 at the JEA/NSPA Spring National High School Journalism Convention in Seattle.

The Journalism Education Association is the largest scholastic journalism organization for teachers and media advisers. It is headquartered at Kansas State University, Manhattan, Kansas.