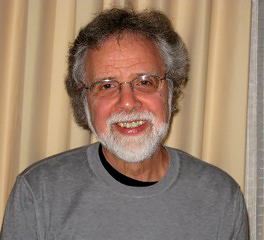 The award is given for exceptional service to the national JEA. Ferentinos served as a JEA leader in many capacities, most notably in the JEA Mentoring Program.

Ferentinos is known by former colleagues and students as a well-respected and admired teacher who taught English and journalism at Homestead High School for 38 years. He joined the staff as an English teacher in the fall of 1965 and began teaching journalism in 1976.

In 1982, under his guidance, The Epitaph student newspaper won its first Gold Crown award from the Columbia Scholastic Press Association and would go on to win seven more Gold Crowns and eight Pacemakers from the National Scholastic Press Association. By the early 1990s, The Epitaph steadily ranked as one of the top five high school newspapers in the country, winning more national awards than any other newspaper at the time. In 1994, he was named Dow Jones News Fund National High School Journalism Teacher of the Year.

He retired from the classroom in 2000 and worked as a teacher mentor until 2003.

Following retirement, Ferentinos worked as an outreach consultant for the New Teacher Center in Santa Cruz, California, and as a trainer in the JEA Mentoring Program, which he helped design.

“One of Nick’s lasting contributions to scholastic journalism is the mentor program,” wrote Steve O’Donoghue of the California Scholastic Journalism Initiative. “He brought the model to us from his work with the New Teacher Center in California. He was one of the first trainers, getting JEA’s retired volunteers off on the right foot. His mentoring model will no doubt last for generations.”

Ferentinos also was instrumental in establishing First Amendment rights for scholastic journalism students in the state of California.

He is a former president of the CSPA Advisers Association and was an active member of JEA Northern California.

“In mentoring, in supporting student free expression and in being a role model for so many journalism advisers and teachers over the years, Nick is long overdue to be named the Carl Towley Award winner,” wrote JEA Past President Candace Bowen, MJE, of Kent (Ohio) State University.