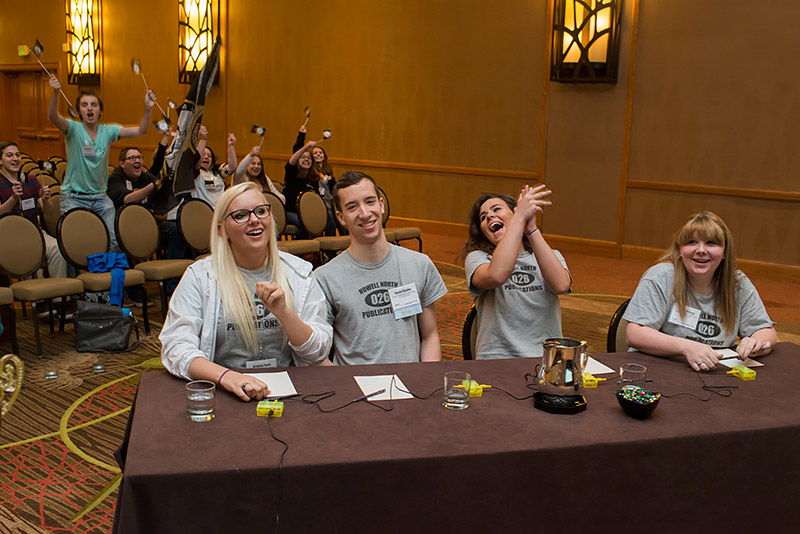 To determine the initial seeding of the participating teams, each team of four students took a test April 17. The next day, the top seven qualifying teams met for three rapid-fire buzzer rounds, answering current events, journalism law, terminology and civics questions. The first team to 10 correct answers won each round.

The final round, against James C. Enoch High School from Modesto, California, was a nail biter, with FHN squeaking out a 10-9 win against EHS for the trophy and top bragging rights.