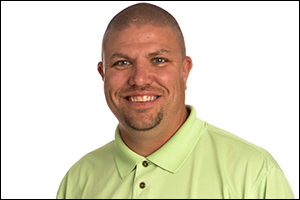 They will be officially recognized at an awards luncheon April 18, 2015, at the JEA/NSPA Spring National High School Journalism Convention in Denver.

Sponsored by Lindenwood University, the Broadcast Adviser of the Year program is designed to honor outstanding high school advisers and their exemplary work from the previous year, as well as throughout their careers.

The Distinguished Advisers’ schools each will receive $500, which may be used to purchase equipment for the broadcast program or to fund scholarships to summer workshops.

Goble learned of the honor in a Google hangout framed as collaboration with JEA’s first BAOY recipient, Michael Hernandez of Mira Costa High School in Manhattan Beach, California, and his students.

Goble and his students produce a morning news program, a monthly cable access feature and a monthly district news magazine. Beyond his two periods of broadcast, with more than 70 students, he manages the school’s television station.

“Rather than keep his work a precious secret for himself, Don is enthusiastic about sharing his ideas and experiences with others. It’s never about himself or his program, but always about improving scholastic journalism,” Hernandez wrote.

Hernandez also cited the value to other journalism educators in Goble’s Twitter feed @dgoble2001 saying it was “on fire.”

As a regular contributor to JEA’s Digital Media Committee and its resources, Goble has established himself as a leader in scholastic broadcast journalism. He also has been an instructor at three JEA Adviser Institutes.

JEA named him a 2014 Distinguished Adviser.

“Mr. Goble goes beyond just teaching. He incites passion. Each year he continues to mold and shape the curriculum to meet the interests and needs of the current students,” wrote Samantha Weil, a program alumna currently majoring in broadcast journalism.

Goble has been especially active in Missouri, where he speaks on both broadcast journalism and media literacy. 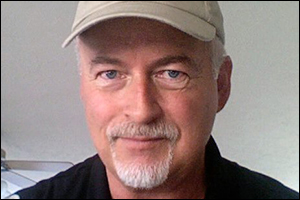 The show is now distributed on htvbuzz.com, where weekly stories exclusive of the magazine also are posted. These “backpack journalism” pieces have expanded the program’s impact as have yearly special in-depth features produced by advanced students.

“I’m sure you are aware of HTV’s accomplishments over the years, but you may not know about the culture and community Davis has built around the program,” wrote Jenn Jarvis, a graduate who has worked in broadcast for nine years and is currently a Ross Video Trainer.

“Each year, the HTV alumni return to invest in the program both financially through a scholarship program and by investing our time in annual events like the Buzz-a-thon fundraiser and the HTV awards banquet,” Jarvis said. “We do it because of our great experience with HTV, but mostly we do it because we believe in Coach Davis.”

Davis was a founder of Student Television Network and served as its president and convention chair. He has been active in JEA’s Digital Media Committee as a contributor, and he has been a popular speaker at JEA/NSPA conventions.

“Personally, each contact I’ve had with Dave has been nothing but positive,” wrote JEA Digital Media chair Aaron Manfull of Francis Howell North High School in St. Charles, Missouri.

“He’s always been willing to lend a hand or offer advice whenever I’ve reached out to him with a question,” Manfull added. “He’s shared some of his knowledge and resources on the JEA Digital Media website, and his sessions at recent conventions I’ve attended have been packed with information … and people hungry to learn and hear him speak.”

Davis was also named the 2009 Springfield Public Schools Teacher of the Year. 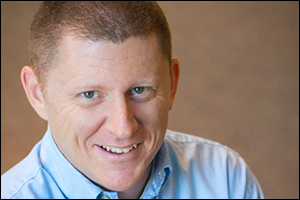 “As a teacher of journalism for more than 13 years, Matt is constantly on the hunt for a better understanding to connect with students,” wrote Mitch Eden of Kirkwood (Missouri) High School, who taught with Rasgorshek at the “Media Now” workshop. “He is an intrinsic learner, critical thinker and persuasive speaker. It is Matt’s ability to transfer his passion for learning and journalism to his students, however, that make him truly remarkable.”

Rasgorshek is an frequent presenter at summer workshops as well as at JEA/NSPA conventions. Known commonly as “Raz,” he also serves on the JEA Digital Media Committee.

“Raz is a master at teaching the art of brainstorming,” wrote Anna Skold, a Westside graduate majoring in broadcast journalism at Boston College. “Our team learned, sometimes the hard way, how to solve problems together and work toward the good of the group, not the individual. Ultimately what makes Raz such an amazing teacher is that he allowed us to fail, and through our mistakes, we learned,”

Rasgorshek wrote of the need to empower students in scholastic journalism: “I am a proponent of student empowerment. I am an active resource,” he said. “I want the students to be proud of their publication when they are done.”