The Journalism Education Association has named Mark Murray of Arlington (Texas) Independent School District, the Carl Towley Award recipient for 2014. JEA presents this award to one member each year whose work is unusually beneficial and of superior value to the organization. Murray will be honored Nov. 8 at the JEA/NSPA Fall National High School Journalism Convention in Washington, D.C. 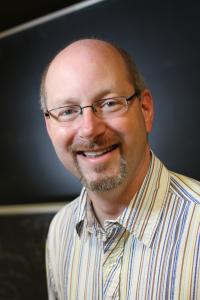 “Mark doesn’t just work behind the scenes keeping ATPI thriving. He also works behind the scenes — the way he prefers it — with JEA and CSPA (Columbia Scholastic Press Association),” wrote nominator Bradley Wilson, MJE, of Midwestern State University, Wichita Falls, Texas. “For about a decade now he has spent the Saturday night at every convention (sometimes all night) producing a keynote for the Sunday awards ceremony making it easier for students (and their instructors) to know when they are being recognized.”

While at Lamar High School in Arlington, Texas, Murray advised students in the development and production of “élan,” the school’s new literary/art magazine. The student publication took the CSPA Silver Crown and NSPA Pacemaker awards and became a member of the NSPA Hall of Fame.

“Somehow, he manages to do it all with a hop in his step and a smile on his face,” wrote Jeanne Acton, UIL director of journalism about Murray’s workshop and convention teaching. “In all of the years I’ve known Mark, I’ve never seen him get frustrated or angry. Heck, I am not sure if I have ever seen him frown. He has incredible patience and the ability to teach any student regardless of his or her skill level.”