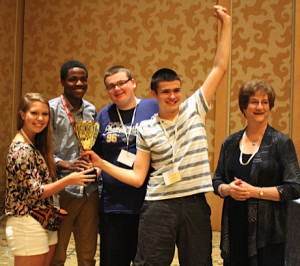 The team of Kinsey Ball, Shea Dobson, Jack Grossman and Joshua Svoboda first had to qualify for the buzzer rounds by taking a test April 11.