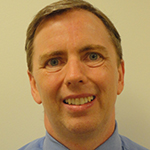 Journalism Education Association president Mark Newton named Frank LoMonte, the executive director of the Student Press Law Center, as a liaison to the JEA board of directors. 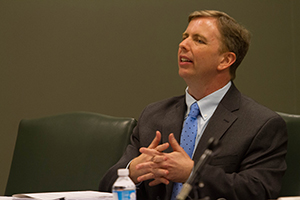 LoMonte will serve as the JEA/SPLC liaison effective immediately.

“Having a SPLC liaison on the JEA board will enhance the relationship between the two organizations,” Newton said. “JEA has been donating a significant amount of money to SPLC each year to support our collective missions of student freedom of expression and this partnership will strengthen the relationship even more.”

“Adding Frank as JEA/SPLC liaison will solidify a connection that has always been there, but directly make possible interaction and planning between the groups,” said John Bowen, chairman of the Scholastic Press Rights Commission. “Everyone should benefit.”

“I love the idea of having Frank take a more active role with JEA,” Newton said. “His insight and ideas will enable both organizations to collaborate, support and better understand each other. I’m excited and honored that Frank has agreed to serve.”